Why do Computers use Binary 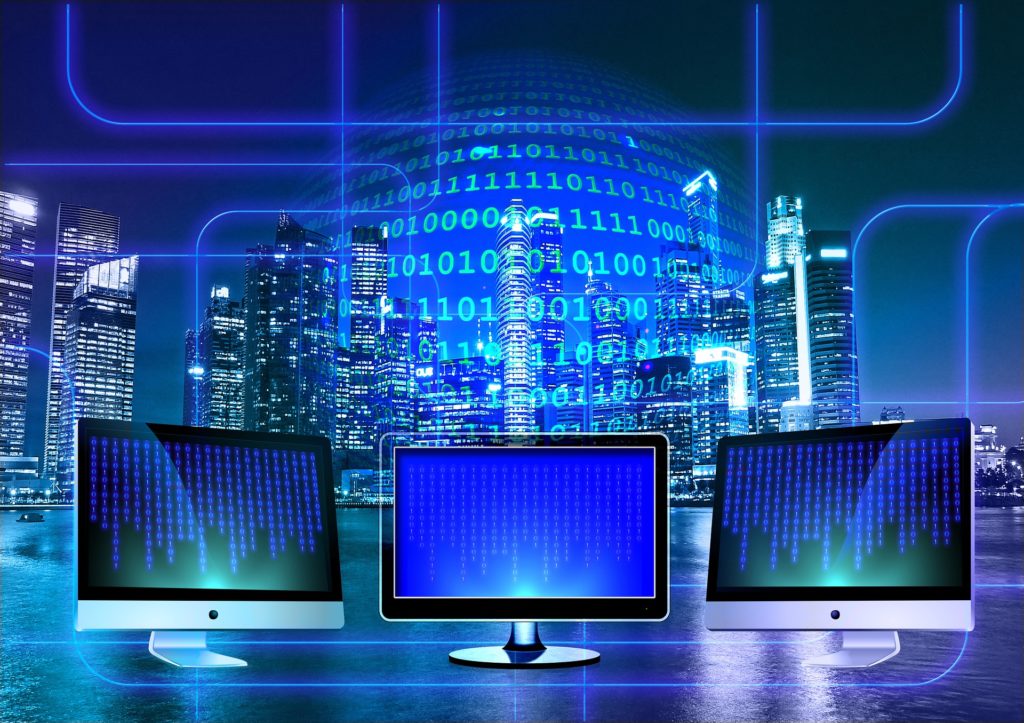 Binary is a Latin word that means “consisting of two”. The binary numeral system contains only these two digits: 0 and 1.

The binary encoding system is standardized for compatibility across different platforms. If you had a Windows computer that ran the binary system and your friend had a Mac computer running decimals, communication would be really difficult.

Computers are constantly converting everything you see on your computer screen and smartphone to the binary number system. This is because they don’t understand the decimal number system we use (0, 1, 2, 3, 4, 5, 6, 7, 8, 9).

When it comes to the binary system, we all have the same question: If technology is so advanced, why do computers still use the binary system? Why can’t they learn to communicate using the decimal number system and English words?

Let’s dive into it.

Why do computers use binary numbers?

We use our computers and digital devices every single day. But did you know that behind the scenes, your smartphone is converting everything into strings of 0’s and 1’s back and forth so it can understand you and you can understand it? When it comes down to the basics, a computer is just a CPU powered by electric currents and an extensive set of instructions.

Digital computers were a great invention – but they have limitations. They only understand the binary digits 0 and 1. They can’t understand decimal digits and English words (ASCII code) like humans, but they do a pretty good job trying! There is a very specific reason why computers and other electronic devices use the binary system, and it all lies in this one concept: Boolean logic. But before we get into that, let’s understand the true meaning behind 0 and 1.

A bit is the smallest unit of data in a computer. 0 and 1 are the two possible states in a bit. Everything in a computer is a collection of strings containing 0’s and 1’s. The reason why it works so well is because 0 means off and 1 means on.

If we were to add one more digit to the bit, it would make things more analog – we would have to think about the middle states between on and off like “on a little bit” and “on a lot”. Using 0 and 1 ensures that our values are discrete.

These values 0 and 1 are used to power electric signals, as we shall find out under Boolean logic.

Boolean logic was developed by a guy called George Boole in 1847. You might have heard of Boolean logic or algebra before – especially if you are a student of Computer Science. Boolean logic is the main reason why digital computers use the binary system for everything they do.

Boolean math and the binary system map onto each other seamlessly. This is because Boolean logic also works on a principle of on and off – in Boolean logic, it’s translated as TRUE or FALSE.

Boolean logic works directly with electronic circuits in a computer. A TRUE state allows electric signal to pass through, and a FALSE state stops electric signal from passing through a digital circuit.

Boolean math is operated using these three operators (also called logic gates): OR, AND, and NOT.

This is a handy table for when you need to understand how the Boolean operators work together. Consider two inputs A and B being acted upon by an operator.

Why the binary number system works so well in computers

The binary system has been around since the invention of computers. It has stuck around for so long because it gets the job done perfectly. So, what makes the binary system work so well in our electronic devices? Simply put, the combination of physics and hardware in a computer system ties everything up together nicely. Let’s dig deeper.

The binary system works so well because every computer is made up of electronic components. Every digit in a computer is an electric signal. The binary system controls computer operations by allowing current to pass through circuitry at the on state and stopping current at the off state. Digital logic circuits use a voltage of zero to represent the binary digit 0 and a voltage of five volts to represent the binary digit 1. Binary systems provide discrete values that are simple to work with, as opposed to analog voltage levels that are difficult to work with in computers.

It might seem like the binary system takes up a lot of space. Take for example the binary translation of the letter ‘a’ – it is 01100001. That looks like a lot of digits. However, the binary system limits values to only 0 and 1 and this makes it a lot more efficient to store memory in the computer.

Earlier computers used bulky machinery and huge rooms to store their data and power their calculations. Moderns computers use hundreds of transistors as tiny as 5 nanometers to store binary code. When you look at it that way, binary digits don’t take up a lot of space.

Therefore, all things considered, the choice of the binary system for computers makes sense.

In this article, you’ve taken a deep dive into the inner workings of your computer. Everything behind the scenes of your smartphone is in 0’s and 1’s. Head over to the text to binary converter to convert your text to the binary digit system. Get a feel for how things look inside your smartphone.