History of the Binary Number System 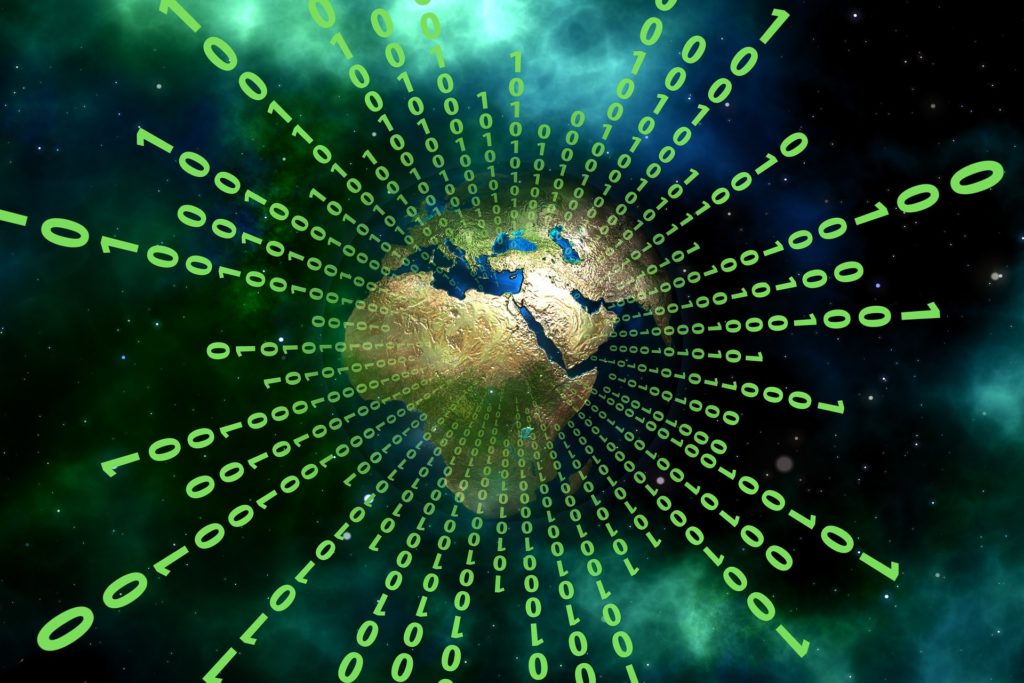 In this article, we will learn about the history of the binary number system, following different scholars and mathematicians and how they discovered and used the binary system over the years.

The binary number system has been the most impactful numerical system in the history of technological development. Over hundreds of years, discoveries within binary theory led to the invention of electric circuitry and, consequently, the first computer ENIAC, seventy years ago.

Who discovered binary code? The discovery of the binary system is mainly attributed to Gottfried Wilhelm Leibniz in the 17th century. In his paper “Explanation of Binary Arithmetic”, Leibniz proposed a binary digit system. However, earlier civilizations in Egypt and China used the binary system for rudimentary counting and arithmetic.

Before we get into the history of the binary numeral system, let’s take a more in-depth look at the different types of numeral systems used today.

The decimal system, which we use every day, works on a system where every value has its own unique symbol from 0 – 9. People have always used the decimal number system because it is straight to the point and easy to understand. There are different ways to represent this base-10 numeral system: the Hindu-Arabic numerals we use, Roman numerals, and Brahmi numerals.

How was the binary system invented?

In this section, we shall go through the various stages in the invention of the binary numeral system.

As much as Leibniz invented binary code, it is necessary to understand that there were obscure uses of this numeral system before Leibniz published his papers.

The Egyptians appeared to use a form of binary code in their “Horus-Eye” fractions. The Horus Eye fractions were used to measure and count grains and liquids in 2400 BCE.

The I Ching, or Book of Changes, from China is believed to have been supernaturally revealed to a mythical Chinese Emperor Fu Xi in the third century BCE. I Ching symbols like hexagrams and trigrams were incremented using binary progression. The I Ching concepts had many similarities with the binary system, so much so that Leibniz himself was interested in this system of numeration. He talked to a French Jesuit working in China at the time, and he was fascinated by the fact that this religious text used a binary concept to communicate messages.

In the 1600s, English mathematician and scientist Thomas Harriot experimented with binary digits. He seemed to know a lot about the binary system. His notes show that he used 0 and 1 in counting, addition, subtraction, multiplication, and division. He also converted the binary system into the decimal system and vice versa. However, there was no known application for the binary system at that time, so Thomas Harriot didn’t publish his work.

In 1605, Francis Bacon invented Bacon’s Bilateral Cipher, which has similarities with the binary system. The cipher he created was used to encrypt messages so that only the sender and receiver could read the message. He used the letters ‘a’ and ‘b’ instead of 0 and 1 to form a binary code for every letter in a message. Here is a table showing Francis Bacon’s cipher. (Use our text to binary converter to see the similarities!)

Gottfried Wilhelm Leibniz was a 17th-century German mathematician and philosopher who invented the binary number system. In his article Explication de l’Arithmétique Binaire, he proposed and developed a system that used only the binary digits 0 and 1 for arithmetic operations. He is known to have said of his binary system, “These operations are so easy that we shall never have to guess or apply trial and error, as we must do in ordinary division. Nor do we need to learn anything by rote.“

Leibniz’s binary system used the binary notation of 0 and 1 to represent all the numbers in the decimal system. He avoided multiplication tables and created simple rules for calculations. He has been termed the father of binary code, and rightfully so because he created the current binary numeral system that is used in all modern computers and devices.

The binary system after Leibniz’s discovery

After Leibniz discovered the binary numeral system, it wasn’t specifically used in electronic computers and devices until other people experimented with it and developed systems that are still used today. Let’s take a look at some influential people who took Leibniz’s discoveries to the next level.

George Boole was an English mathematician and philosopher who invented Boolean algebra in the 1950s. He realized that since his concept worked on a TRUE or FALSE basis, it could be combined with the on or off binary system to coordinate the switches in a digital circuit.

In 1937, Claude Shannon wrote his master’s thesis on digital circuit design theory using knowledge from Boolean algebra that could be used to power digital circuits. It was very influential in the field of computing, but it is not the only discovery he made. He invented information theory, which is the study of the quantification, storage, and communication of information. Claude Shannon has been termed the father of information theory.

George Stibitz is considered one of the fathers of the modern digital computer. In the 1930s, he discovered how to use electromechanical relays as the switching element in Boolean logic digital circuits. He developed the Model K computer (K for kitchen, where he made it,) which was the first relay-based computer ever. It could perform only binary addition, but it was the first step in developing modern computers.

What was the binary system used for?

Today, the binary system is used to operate digital circuits in computers. However, ages before mathematicians like Leibniz and George Boole made discoveries to use binary code in computers, people used it for other purposes.

The binary system is not complex, and it only makes sense that early civilizations would use a simple numeral system to count and keep track of their property and finances. The ancient Egyptians used the Horus-Eye fraction binary system to measure their grains and liquids.

The Chinese used their I Ching binary system for religious purposes. The I Ching used binary code to arrange religious symbols into meaningful messages for its followers.

The binary system was used for rudimentary counting and arithmetic. However, Leibniz saw its potential for greatness. Consequently, George Boole discovered that by combining Boolean algebra with the binary system, he could control digital circuits. Claude Shannon used both Leibniz’s and Boole’s concepts to create the first modern computer, which he called Model K.

The Future of the binary system

With quantum computing gaining traction in the computing world, the binary number system might become obsolete. However, right now, it is doing a great job helping us stay connected all over the world.