The 4 Types of Binary Code and Their Uses 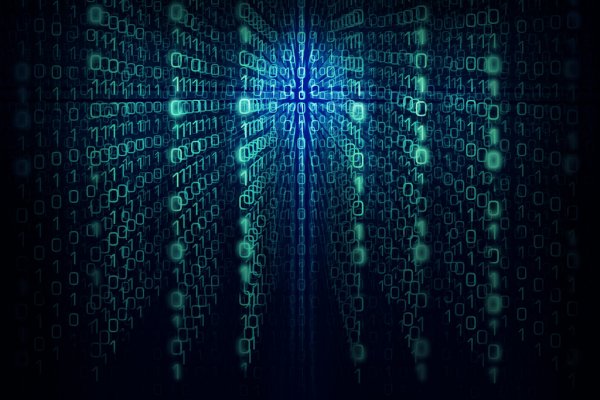 Even though you might not notice, different types of binary code power all computer applications.

Computers can only understand and communicate using the binary number system (0’s and 1’s.).

But there is a caveat: there is more than just one type of binary code.

Let’s review them in this article.

What is binary code?

Binary code is any data, text, or computer instructions represented using a two-symbol system. These two numeral symbols are 0 and 1. Computers and digital electronic devices can only communicate using 0’s and 1’s. For example, the text on your mobile app is in English, but there is a background coding system translating those words to binary numbers for a computer to process.

Let’s get started with the different classifications of binary codes.

Different types of binary code each have specific properties and uses in computers and digital electronics. For example, binary coded decimal (BCD) code provides a fast and efficient conversion of decimal numbers to binary digits.

Weighted binary code is a binary code that obeys the positional weight system. This is a system where every digit is assigned a specific weight based on its position.

Binary weights are values assigned to binary numbers based on their position in binary code. They help to convert binary numbers to decimal numbers easily.

To convert 10110 to decimal system, consider the weights of this binary code.

You can check the answer over at our binary to decimal calculator.

BCD code is an example of a weighted binary code. It is also known as 8421 code. In the BCD encoding method, every decimal digit is represented by a four-bit binary number. Binary Coded Decimal code allows us to convert decimal numbers into their binary equivalents easily.

We can represent 16 numbers using the BCD number system. (From 0000 – 1111). However, only the first 10 combinations are used. The last 6 code combinations (1010 to 1111) are illegal and can cause machine exception or unspecified behavior depending on the computer implementation of BCD arithmetic.

Check out the Binary Clock to see a cool implementation of the BCD binary code.

Here is a table showing the BCD system. More advanced binary code users have this table in their memory.

Here is a table showing how Excess-3 code is derived from 8421 BCD code.

Gray code is a non-weighted code that is used as a unit distance code. It cannot be used for any arithmetic operations like addition, subtraction, multiplication, and division (Boolean algebraic operations). Gray code implements a unique system where only one bit changes for every decimal number. This ensures alignment and synchronicity, thus reducing error rate.

Computers work with only 0’s and 1’s. However, there is a need for more advanced forms of communication with machines. This is why alphanumeric code is important. It includes 26 characters for the letters of the alphabet, and 10 more for symbols like [email protected]#$%^&.

ASCII stands for American Standard Code for Information Interchange. ASCII code is a 7-bit code used in smaller computers. ASCII code represents the numbers from 0 to 9, ninety-five upper and lowercase letters of the alphabet, punctuation marks, and a blank space. In total, ASCII encodes 128 characters.

When data or instructions are electronically transmitted, there is a chance of errors during data transmission in the form of scrambling or corruption of data. In order to avoid this, error-detecting codes are utilized.

An error detection code attaches additional data to a message before sending and this determines whether the message was corrupted during data transmission.

A parity code is an error detection code where an extra bit (called a parity bit) is attached to the message to make the number of 0’s and 1’s either even or odd depending on the type of parity.

As we have seen in this article, the type of binary code used by computers and electronic systems can fall into any of these four categories: weighted, non-weighted, alphanumeric, and error detection codes.

Don’t forget to use our binary to ascii converter to convert binary code to text or vice versa.