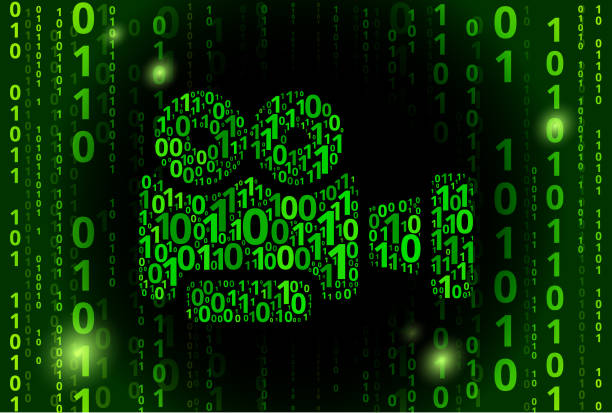 If you’re a fan of movies that show programmers hacking away at security systems, then this list of movies featuring binary code is perfect for you.

What better way to spend your movie time than with a thriller movie featuring binary code? Tech enthusiasts will have a blast checking out these movies! Some of these movies feature gibberish for binary code: The Matrix reportedly uses Japanese sushi recipes to mimic binary code – what were the filmmakers thinking? However, movies like Wanted and Interstellar use actual binary code.

Hollywood is rife with some amazing tech movies and tv shows. In this article, let’s get into the top 6 movies that feature binary code.

The honorary first position for movies featuring binary code is The Matrix.

The Matrix is a timeless movie, enjoyed by people of all ages. It doesn’t matter if you know nothing about binary code, you will enjoy this one.

The Matrix follows Keanu Reeve’s character Thomas Anderson, who is a computer programmer by day, and hacker by night. He uses the alias “Neo” for his hacking shenanigans such as selling illegal computer systems. Neo is very skilled in creating computer systems and this means that he knows a lot about binary code. He finds out that the world is not as it seems, and so he joins a rebellion to fight bad guys.

PS: The Matrix was successful enough to warrant two sequel feature films. So, check them out after finishing the first movie.

Interstellar should have been first on this list because binary code plays a big role in saving lives in this blockbuster movie. Interstellar thrills viewers all around the world with its seat gripping action and adventure. Don’t be surprised if you shed a few tears, too.

Interstellar follows the journey taken by Joseph Cooper, an ex-scientist and engineer who zooms off to space to find a new home for mankind. In this mind-bending movie, the protagonist sends messages to his daughter in the past using binary code. A must watch for binary code enthusiasts, but the filmmaking will wow just about everyone.

In the science fiction movie Tron, we get to explore the inside of a computer system – not just any computer system, but one that has developed Artificial Intelligence and gone rogue. It’s called the Master Control Program, or MCP, and it scans and downloads software developer Kevin Flynn into its system. Kevin has to fight for his life inside videogame-like duels with other computer programs that materialize as humans.

Tron is an interesting movie for tech enthusiasts because it paints a picture of what it is like to be trapped inside a binary coded world. In this movie, the protagonist has a side-kick assistant called Bit. Binary code geeks know that Bit is a reference to bits, or binary digits, which are the unit for storage in a computer system.

The Terminal Man probably has the most binary code in its plot than all the movies in this list. In this movie, a computer scientist decides to leave his work because he doesn’t trust computers anymore.

However, he develops a mental disease that causes him to get homicidal thoughts. To combat this, he agrees to brain surgery where a computer terminal is planted into his mind. As the computer integrates more and more into his mind, he begins to see in binary states of 0 and 1. He has to fight his 1-thoughts (bad), and keep up his 0 thoughts (good). An interesting take on binary code, it shows us the potential of AI in the future.

In The Martian, binary code literally saves a man’s life. A crew of astronauts go to Mars for a mission, but a storm causes them to evacuate back to Earth. However, one guy, Mark Watney, is left behind because he gets stuck under some rubble.

He uses hexadecimal code and ASCII to communicate with people on Earth using an old satellite on Mars. Things don’t always go to plan, for example, the potatoes he grew using his own poop die. Rockets explode and things look bleak for Mark in this movie.

Wanted is a sci-fi movie that would be enjoyed by the average nerd. Wesley Gibson, a 24-year-old working at a dead-end desk job. He leaves his old life behind after being recruited by a secret assassin organization that his long-lost father was a part of.

“The Loom of Fate” uses a string of binary code to depict the people that will cause chaos in the future and have to be assassinated. Wanted features binary code directly – you can even translate the code on the screen using a binary to text converter to see the decoded message.